The light installation Virtaa! (“Energy!”) is an impressive tower of blue energy that rises to a height of 30 metres. More than 200 lamps convey the sparkling force as a lightning conductor, allowing the huge mass of energy waves around us to be seen and heard for a moment.

For most people, electricity is such an obvious part of everyday life that its importance can be easily overlooked. The installation highlights this tasteless, odourless and invisible force that inspires respect on such a massive scale.

“Electricity is an essential component not only of Virtaa! but also of the entire light festival. Without electricity there would be no light, and light is especially important in Finland during the dark season. It significantly increases people’s wellbeing and vitality,” says Timo Kekkonen, Managing Director of the Finnish Association of Electrical Safety STEK.

Through its installation at Lux Helsinki, STEK wants to contribute a positive message to the climate debate. The vision of STEK and the electricity industry is a zero-emission and carbon-free society achieved through clean electricity generation, which could be realised as early as the 2040s. All the technology needed to minimise the effects of climate change already exists.

Much has been done already. A decade ago, lighting still accounted for a major part of household electricity consumption and the resulting emissions, but energy-efficient and long-lasting LEDs have since reduced the carbon footprint of lighting.

“It is no longer necessary to turn off the lights in order to save electricity,” Kekkonen says.

In the near future, homes can indeed be energy-efficient and automated smart buildings that significantly reduce housing emissions.

Will the meat of the future be produced by electricity?

Increasing the use of renewable energy sources and the electrification of private cars, freight transport and public transport, among other things, will play a key role in reducing the climate impact.

“The share of electric vehicles is growing exponentially, and every year the number of fully electric or rechargeable electric cars nearly doubles forecasts. Carsharing and other new solutions are also appearing all the time,” says Kekkonen.

Even though many technical processes, especially in industry, still consume fossil fuels, new and more climate-friendly technologies are constantly being developed. Kekkonen believes that the trend will accelerate as the environmental challenges of fossil fuels are known and the prices of other energy production methods continue to fall. New and more climate-friendly solutions will continue to appear. Some of these can be implemented very quickly, while others will still take time to develop.

Virtaa! is part of Lux1. The work can be seen at Olympic Stadium’s southern parking lot 5–9 January, 5pm–10pm. 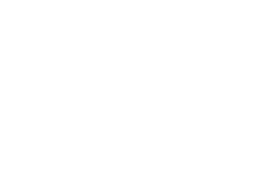