The UPM head office next to the Helsinki Railway Station will dazzle exceptionally in early January, when the Soil Searchers Collective work Its Songs We Sing is projected on to the wall of the Biofore House as part of the Lux Helsinki light festival.

The dynamic video work is created by artist and researcher Teemu Lehmusruusu, 3D artist Vilja Achté and the musician duo Wimme & Rinne. Lehmusruusu is known for his ecology-related works that have been exhibited at, for example, Helsinki Biennial. The work at Lux Helsinki turns the public’s gaze to the basis of everything, the ground. It reminds us that there is a hidden biological world underground, with which the ecosystems above ground interact.

Pirkko Harrela, Executive Vice President of Stakeholder Relations at UPM, hopes that the work makes viewers think about the symbiotic relationship between humans and the environment. Safeguarding the soil and its riches is a prerequisite for all life. “A diverse forest produces a lot of good. Wood provides sustainable and renewable alternatives to fossil raw materials, and safeguarding the well-being and growth of the forest is a key goal in developing modern, forward-looking forestry practices”, Harrela says.

Trees are the motors of the ground

Finns have a multifaceted relationship with the forest. We want to enjoy our forests and, therefore, also cherish them. On the other hand, we understand that forests are necessary for manufacturing many everyday consumer products.

Its Songs We Sing also makes the viewer ponder what humankind could learn from the forest. “We hope that the work makes viewers think about the underground realms of their own familiar forest. We are used to seeing the aboveground forest full of growth, natural wonders and folklore magic, but there are stories and happenings below the surface, too. Hidden deep in the soil, micro-organisms and bacteria produce ingredients that trees need to grow, and without this co-operation, there would be no forest”, says Tanja Saarto, Executive Director at UPM-Kymmene Cultural Foundation.

Forest in the middle of the city

The location of the work in the heart of the city brings a unique perspective to the nature motif. Unlike in many other cities, in Helsinki the forest is easily accessible even from the city centre.

Tanja Saarto considers the presence of nature as being vital for human welfare, even in the city.

“People need elements of living nature, like trees or water, to feel happy. In Helsinki, we are lucky to have both. Parks are the lungs of the city, and people are drawn to nature and trees in particular. They provide shelter, both physically and mentally, perfume and clean the air, decorate and soften the cityscape.”

The Finnish forest company UPM has a long history of acting as a patron of the arts, extending all the way back to the 19th century. Known primarily for its extensive painting collection, UPM-Kymmene Cultural Foundation wants to continue this tradition and make the normally unseen underground forest visible for the city audience at Lux Helsinki.

“We are open to projects also in other fields of art and design, as well as co-operation with educational institutes among others”, Saarto hints.

Its Songs We Sing can be seen on the wall of the UPM head office during Lux Helsinki on 5–9 January from 5 p.m. until 10 p.m. The work can also be viewed during Lux Morning on 7 January from 7 a.m. to 9 a.m. 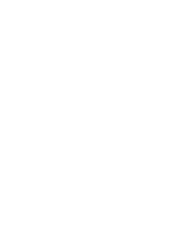